How do you throw a brick through the window of a bank? 2019
Performance in the KBC Arteveldetower, headquarter of the KBC and also the highest building in Gent.

This project started with a fascination for height, our fascination for going up, about the effect of a high building on a visitor / resident / passer-by and on the space around the building. Based on this fascination, I visited the highest bank building in Ghent and investigated my relationship with this building. When do you feel at home somewhere? What happens if nothing happens?
These and other associations come together in a semi-fictional romance. 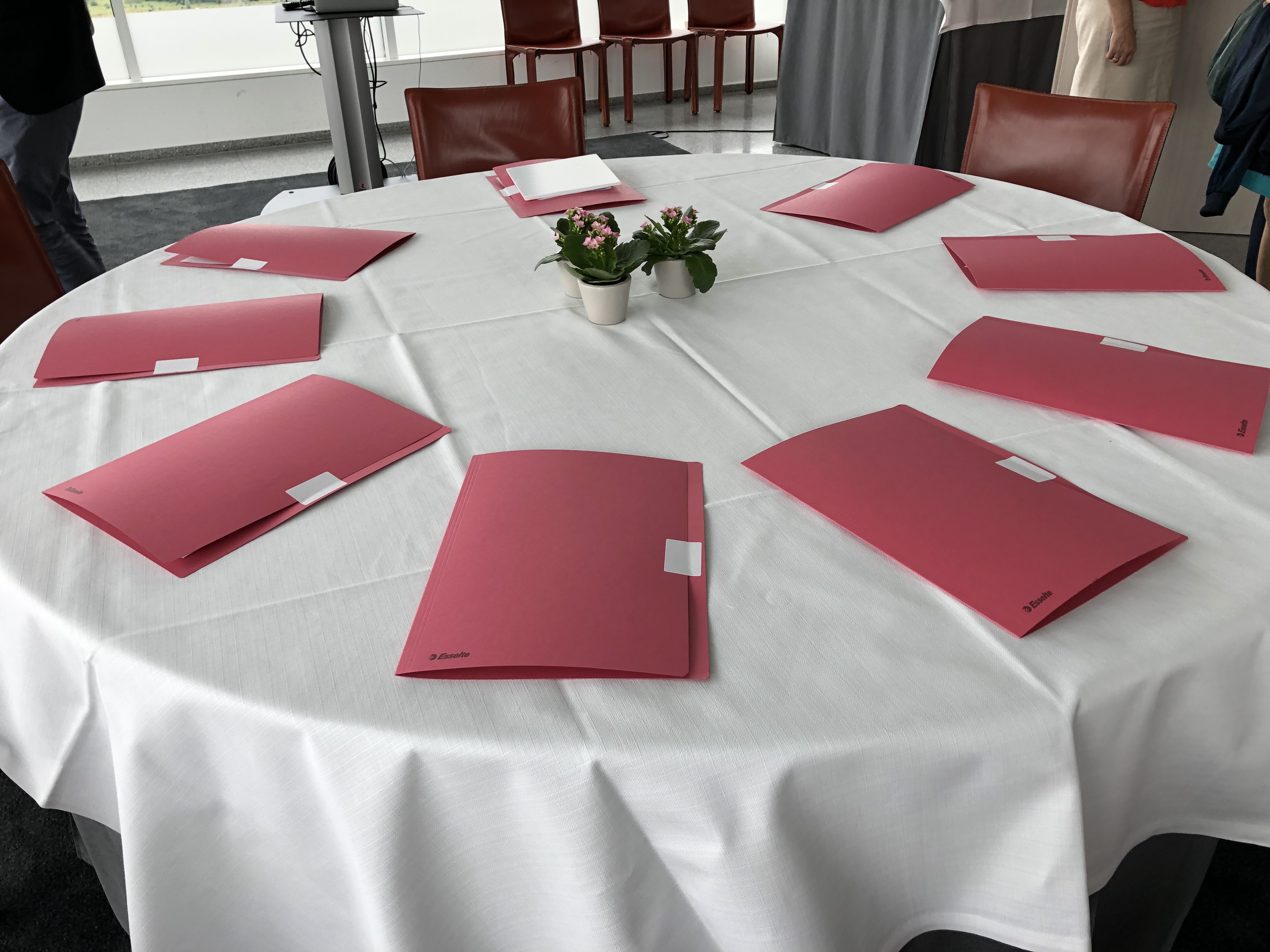 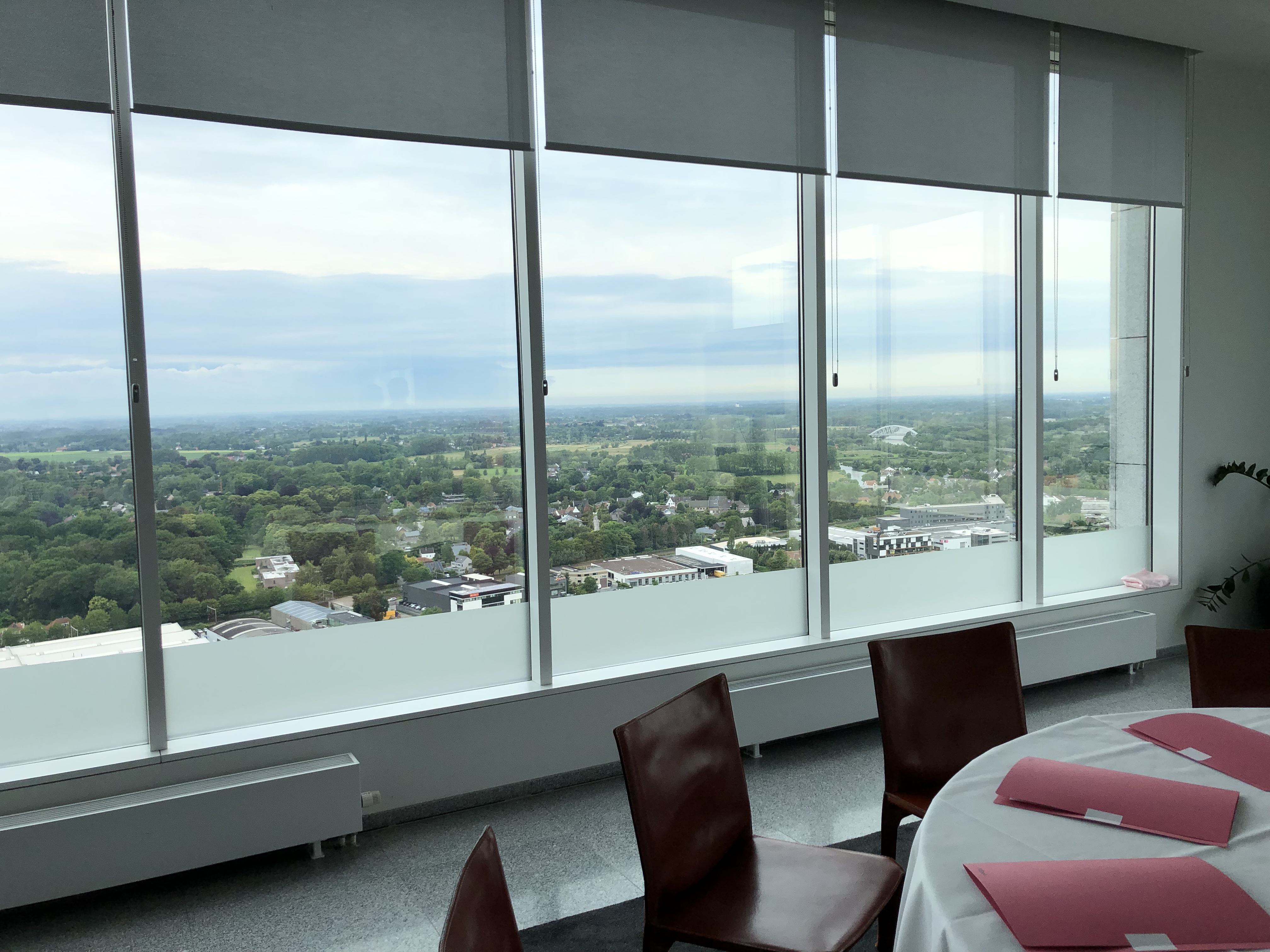 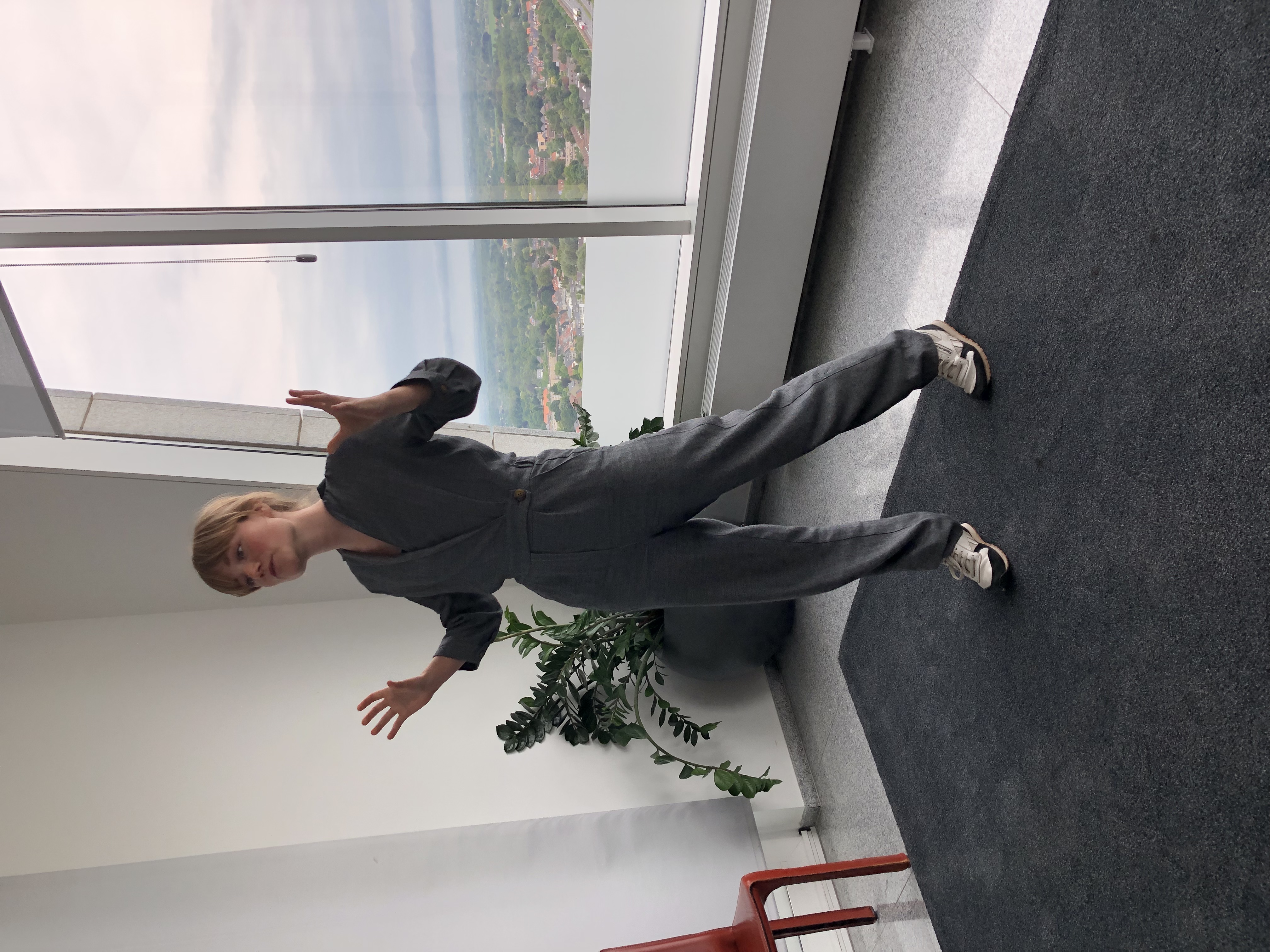 The worst part of the day is the sunset. Once it was a true example of an esthetic experience outside the artworld, now it just remembers me of you.
I remember you were asking me if I thought the sun would come up again tomorrow? I didn’t know. You suggested to bet on it. Maybe that was already a clue, but I didn’t see it at that time. I didn’t know that you knew, but you knew I didn’t.
Those who take the risks are no longer the same as those who bear the consequences of the risks.

I remember the warm glow on my face, when I was looking out of the window.
The first time I entered it felt like entering the most holy. Just one button let me to you.
I was lost and was in need of someone to show me the way. Someone to look over me. But instead of watching over me, you were towering over me.

The height in architecture comes fully into its own when confronted with the uncertainty of love, which is in itself very powerful.
It struck me that in certain places, where there were certain types of architecture there was no relation with love at all.
I thought that was what we had, a true friendship based on love and respect. And I did respect you, therefore I kept some distance, to also be able to respect your secrets. I trusted you. When I was waving from a distance, you waved back at me.

And then everything fell in to pieces in 2008. We slowly found out your betrayal. And that just broke my heart.

Too big too fail.

I know I can not blame you for everything. I was the one who was silent.
I should have told you about me, about my hobbies, my likes and dislikes.
I had the impression that I was in an environment where the verbal was not the most important factor, there were so many dimensions that spoke to me directly that I thought I could skip language.

I don’t believe in verticality anymore. 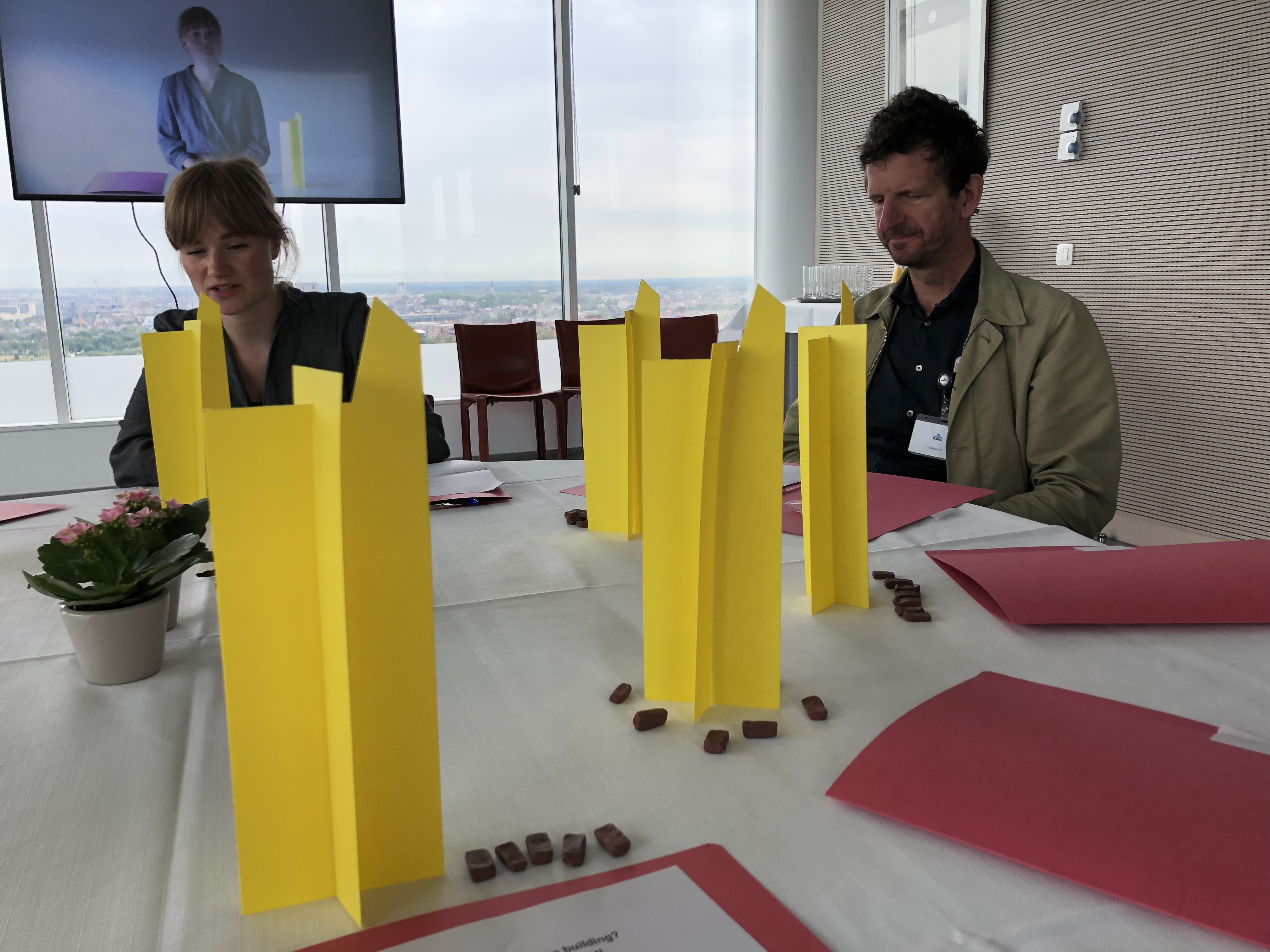 Discussing the question how to throw a brick through the window of a bank, with the help of the scale model from the building; inside the bank building.